The purpose of the Childhaven Foundation is to help support Childhaven and its programs, as well as, other organizations that help at-risk youth.

The Childhaven Foundation was established in 2003 to oversee investment of funds and fund development. The Foundation works to ensure that Childhaven is able to continue its mission of “Lifting Children from Crisis to Hope,” and to assure Childhaven’s services will be secure in the future and be able to meet the needs of our community.

Thank you so much for wanting to collect items for Childhaven! We serve children ages infant-17, so we can use clothing of any size. We seem to get quite a bit of baby clothing, so we could generally use other variety of sizes. We also appreciate getting gift cards to purchase items for the children.  Childhaven appreciates the generosity of many people who want to provide items to abused, neglected, and traumatized children in our area!

We gladly accept new or lightly used items for children ages infant-17. New items can be taken directly to the Childhaven shelter by ringing the door bell at the front and letting the staff know you have some new gifts for the children! Lightly used clothing, toys, or games in good condition can be dropped off in the donation bin located on the north side of the shelter. Click here to read about the guidelines for used items that can be dropped into the bin.

Due to limited staffing, we can only accept larger items at certain times during the week. If you are looking to give away something in good condition to help children in need, please coordinate your donation by calling 505-325-5358 ext. 210. We kindly ask that you allow 2-5 business days to respond to your request. 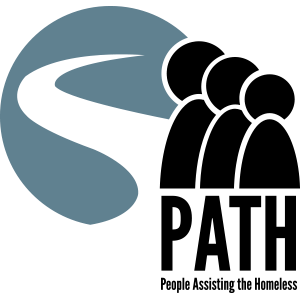 “No act of kindness, no matter how small, is ever wasted.”

On average, PATH provides services for over 800 clients staying at the shelter an estimated 20,000 nights per year, and serves over 30,000 meals through our Daily Bread Program.

The Emergency Shelter was opened in 1984 by the San Juan Council of Community Agencies of Farmington, New Mexico and in 1992 the organization became People Assisting the Homeless, Inc. or PATH.  Throughout the years the shelter has undergone many changes and is now assisting the homeless person with a comprehensive program which works to address the needs of the homeless in our community.

It is our vision to “provide opportunities for homeless individuals and families to transform their lives by learning to believe in themselves and realize their potential.” Through activities which support the mission and vision we hope to reduce homelessness in our community which can improve the lives of future generations.

We are accepting donations for both Men and Women

In early 1978, Marge Atkinson and several others, began taking women who were fleeing from domestic violence into their own homes to provide them safety and sanctuary. During the next few years, the Marge Atkinson Home for Women and Children was established, which became the first, state funded protective shelter in the area. Since its inception, the non-profit organization has helped to pioneer a model for empowering survivors of domestic violence to take control of their lives.

The home was started by a group of volunteers who attended a workshop in Wichita, Kansas in order to obtain first-hand information on domestic violence shelters. Its first priority was to provide safety to women, as it is today. The initial shelter was very small; a one bedroom apartment with three beds, a living room, dining room, kitchen, and a bathroom and before long, they had reached their capacity. The apartment had wall-to-wall bodies; wherever they could find space, whether on the floor or couch. However, many women did not feel safe because the location was in a less than desirable neighborhood.
The second shelter was a home belonging to Sacred Heart Church. Many of the volunteers renovated the home in order to accommodate the growing needs and even made the garage and storage areas into bedrooms. This house marked the inception of their first shelter manager who provided guidance and supervision of operations.

In 1984, through a HUD Block Grant from the City of Farmington, an official home was obtained and Family Crisis Center (FCC) was born. That refuge would shelter up to 26 people and included a playroom and playground for children as well as other expansions and improvements over the years.

Over the past 30 years, the central office for Family Crisis Center, which serves as our administrative and counseling center, has had a variety of locations including a Lutheran Church, a warehouse, and several businesses. In the beginning, Family Crisis Center did very little counseling other than crisis level intervention but instead, referred many of their clients to San Juan Mental Health Center. A few years later, with the help of psychologist, Harry Saslow, and a social worker, Bill Howard, and other members of the community, FCC began providing intervention and support to victims, children, and offenders.
Over time, FCC became the regional coordinator for shelter and domestic violence services. However, once again the protective shelter and the main office locations outgrew their space.

In 2010, FCC obtained land for a new protective shelter, and in 2011 Marge’s Place opened its doors to victims of domestic violence and their children. Donated by the City of Farmington, our current counseling center serves many purposes with private offices to counsel clients, provide intake and assessments, group therapy, and much more.

The Economic Council Helping Others Inc., dba ECHO Inc. has been incorporated since 1967 as a 501-c-3 non-profit. This “Community Action Agency-(CAA)” administers numerous programs throughout the northern half of New Mexico.

Empowering Our Communities to Thrive.

Economic Council Helping Others (ECHO) Inc. of New Mexico serves to provide resources and education to individuals and families on their journey to improve lives.

You can download the wishlist for ECHO at the link below

You can drop off donations at our store located at 534 E. Broadway Ave. Farmington, NM 87401

We love our customers…

“Awesome staff and product.  Always help me out with what works best for me with my specific needs.  Edibles are both delicious and effective.  I’m a big fan of the fudge and cookies.  Keep up the awesome work everyone at NMAC !”

“Good staff good service always helpful good smoke and edibles. I was able to stop taking painkillers all the time i no longer feel sick from taking them. Thanks guys!”

always look forward to my next trip in.”

“They are very helpful, nice, caring,and the Best cookies. So good can’t wait for the fresh ones today. They help so much.”

“Friendly staff!!!!Great edibles and delicious weed!!!!! Cheap prices on pipes and the are super quality!!!!”

“This is the best place in new Mexico to purchase medicine. Have purchased from others in New Mexico and from (local)Colorado, and none comes close to the quality you can get here. You won’t go wrong with New Mexico alternative care.”

“People are awesome and the only thing that blows away the service is the bud, top notch. Best dispensary in nm hands down.”

“Thank you for donating my medicine for multiple sclerosis. Employees are always friendly and highly educated on discussion at hand. You can tell everyone wants to help and are very professional. Oh yeah they spend more than 5 or 10 minutes with you and will answer all your questions. “Specialists” now a days spend maybe 5 or 10 minutes with you after you drove across country and treat you like a number that generates money. You won’t find that here. Very welcoming awesome atmosphere.”

“The Farmington Cannibus Dispensary is by far the best. It offers great service, excellent flower, edibles and has a knowledgeable staff. The imipicable care taken to ensure quality products is the staple. They really are the best…”

“Thank you for always being welcoming and helpful. I always find the perfect medication for my needs and never have to worry about quality.”